The problems and power of precise numbers in marketing 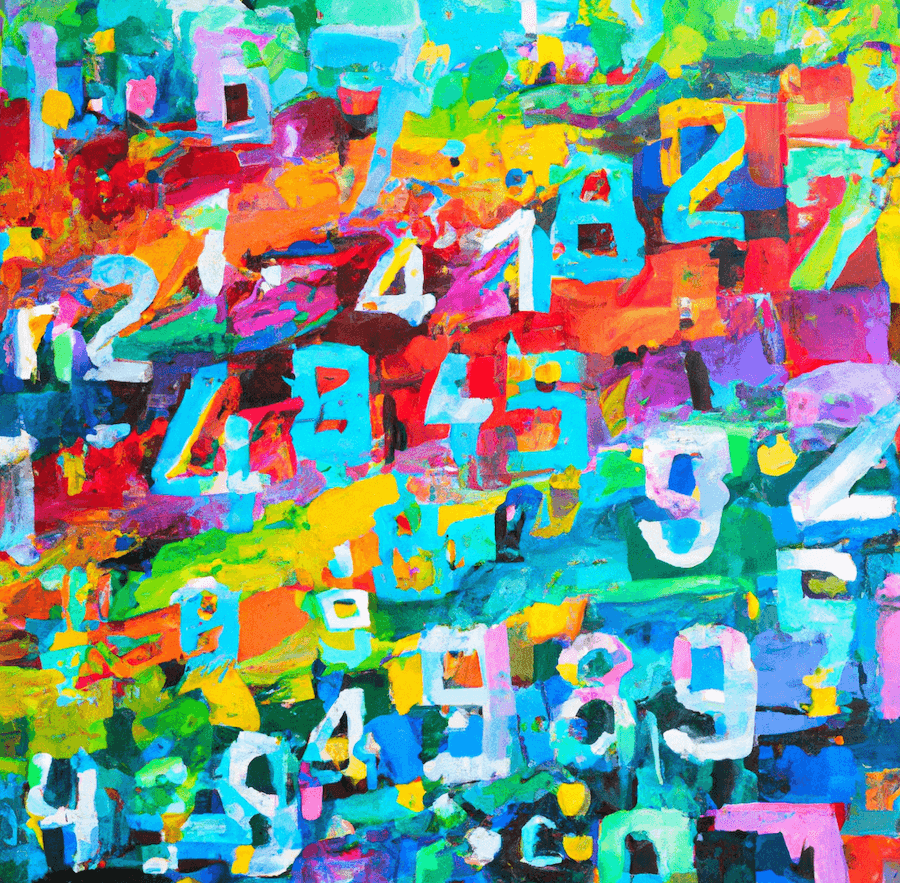 When it comes to marketing, numbers are everything.

They also have an effect on how we perceive information and, therefore, influence our decisions. When used properly, numbers can grab attention in a way words never could. When poorly presented, numbers can confuse and push people away.

Science clearly shows us the strong connection between the presentation of numbers, how we read them, and what they mean to us, and this can benefit your business dramatically.

In today’s guide, we’ll explore exactly what we mean by this and why specifically the power of precise numbers could change everything.

We all know that people don’t read every word on the internet.

They scan. They look for headlines, bolded words, lists, alternative formatting, links and, of course, numbers.

63% of people know this already

See what I mean? Your attention is instantly grabbed.

This has been proven time and time again through observational studies of internet users with the assistance of eye tracking technology.

However, what’s important is that the use of numbers is only the beginning. How these numbers are presented also makes a huge difference when it comes to the perception of what’s being written. For example;

Twenty-three percent of people like this service, that’s okay.

This is not only because the content is scannable, and not just a wall of text. It’s because these numbers tell us on a psychological level that we’re being presented facts.

If I say something’s beautiful, that’s subjective to me and you. If I say 60% of users rate this product five stars, that’s just a fact.

As humans making decisions, we’re constantly on the lookout for these facts. As a marketing business, you can use this psychological trait to your advantage.

The two types of present numbers

There are two ways you can present numbers: Rounded and precise.

It looks great to have these figures. For many businesses, this is an excellent, clean way to promote a product or service. The messaging is clean and fresh, the numbers are round and easy to understand.

After all, it looks really messy to write 56.68% of people left a five-star review, or our new course generated $14,021 in sales… right? Well, not entirely.

The research on number presentation

An interesting and increasingly important amount of research has been drip-fed over the last few years that suggests using precise numbers when presenting facts is actually far more effective than rounding those numbers.

For example, a study by Dan Schley gave participants two figures to see which they found more believable. The statements were;

Factually, both statements are the same, but the consensus of the study found that most believed the former statement.

When asked why, 78% of participants stated that the use of the precise number implied accuracy, therefore, making the statement more believable.

In this context, the statement feels unmanipulated and clean. It feels like it’s using raw data being presented in the most authentic and honest way.

When a number is rounded, it can create the feeling the facts have been manipulated.

If I say over 70% of people like a product, it feels rounded up, as though I’m trying to make the product seem better than it is. This can feel off-putting, and perhaps even deceitful.

Back in 2006, The Association For Consumer Research in the University of Minnesota Duluth found that rounded, ‘clean’ numbers (like ten years being a decade) are a great way to give estimates, whereas sharp numbers (like seven years) are more believable and come across as factual.

This study is well worth a browse for the research alone, but the study itself created three advertisements for a fictitious body spray that claimed to last 47%, 50%, and 53% longer than any other spray.

Although this was a small study of 120 university participants, and though the differences were slight, skepticism for the 50% brand was much higher than in the other two.

Another study carried out by Petri Hukkanen and Matti Keloharju looked into mergers and acquisitions in the investment world and discovered similar results when it came to investment bidding. Investors who bid round numbers, like $10,000,00, were less successful than those who bid $10.04 million.

The way you present your information can directly affect the psychology of those you’re trying to do business with. From a marketing perspective, this is something you must think about.

While we’re here, it’s worth exploring the use of charm prices, otherwise known as the products that are priced at .99 or .95.

Quite simply, it’s known as the ‘left-digit effect’, and it’s exactly what you think it is. Pricing something at $39.99 or $40 makes the first price seem lower, and even though there’s such a tiny difference, at a glance we see the first being lower and therefore more appealing.

This is an interesting example of how the psychology of precise and rounded numbers can be used in reverse, and it’s well worth bearing in mind when it comes to using numbers within your business.

Negotiations are another important aspect of business of any kind, whether you’re securing a new client, buying property, confirming a deal, and so on. Within these negotiations, there will always be a first price to set the stage, and combined with everything we’ve been talking about, it matters whether this first price is rounded or precise.

When a deal is taking place and the first price is given, this is known as the ‘anchor’, and it’s so important because it sets the foundation for the rest of the discussions to take place.

Research shows that the more precise your anchor is, the stronger it is, and the more likely you’ll be to get the deal that works in your favor.

As before, a precise number suggests you know exactly what you’re dealing with and how much things are worth. Rounded numbers feel weak and uninformed.

But, this isn’t always the case. There’s studies that show that numbers being too precise can have a detrimental effect.

Across five experiments in a number of various industries among experts and amateurs (including real estate, car sales, and jewelry), precise anchors were great when negotiating with amateurs, but tended to actually back-fire when it came to discussions among experts.

However, it was discovered that this was because too much precision alerted experts to the competence of those in the discussions, and the anchor was to be debated until those in the negotiations could prove they knew what they were doing.

In this case, the use of precise numbers raised suspicion and could cause more harm than good if the anchors and negotiations can’t be followed up with in a professional way. It’s all about mindfully finding the balance that works for you.

Understanding how and when to use precise numbers

Considering everything we’ve spoken about, it’s worth mentioning there’s a time and place for both precise and round numbers.

Round numbers are a great way to present facts in a way that tests the water. For example, if you’re looking to hire someone and you say your company can offer between $40,000 and $60,000 a year plus benefits, you’re setting the boundaries for the kind of person you want to employ.

You’re throwing out a wide net, so to speak. However, once you get into the contract details, you’ll need to start using precise numbers. In this case, you’d assume that the high-talent candidates would sit towards the $60k range, whereas intern-type candidates are more towards the lower end.

But, of course, you need to be precise to offer a formal contract. If you continue to throw out ballpark figures, candidates won’t take you seriously, and you’ll end up losing the best opportunities for your business.

Precise numbers are one of the best ways to show how confident you are in what you’re doing.

This is the core of the psychology behind precision numbers. With precise numbers, you give the impression of confidence and authority. You showcase you’re presenting facts and working with truths. This makes you encourage the idea you’re trusted and offer transparency in what you do.

How to use precise numbers in your testimonials & marketing

So, bringing all this together, how can your business benefit from this understanding of psychology? Well, you have a lot of options.

One fascinating case study by Granular Marketing found that using precise numbers in social media content can be a great way to boost conversions rates when growing an email list. 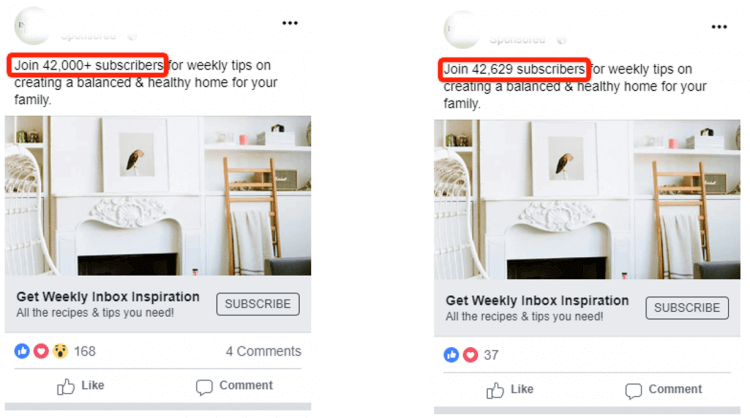 The latter experiment enjoyed an increased conversion rate of 7%, and saved 15% on the Cost-Per-Lead metric.

So many big companies and brands are already well aware of this too. For example, Sage Accounting software shows the exact number of Trustpilot reviews they have; 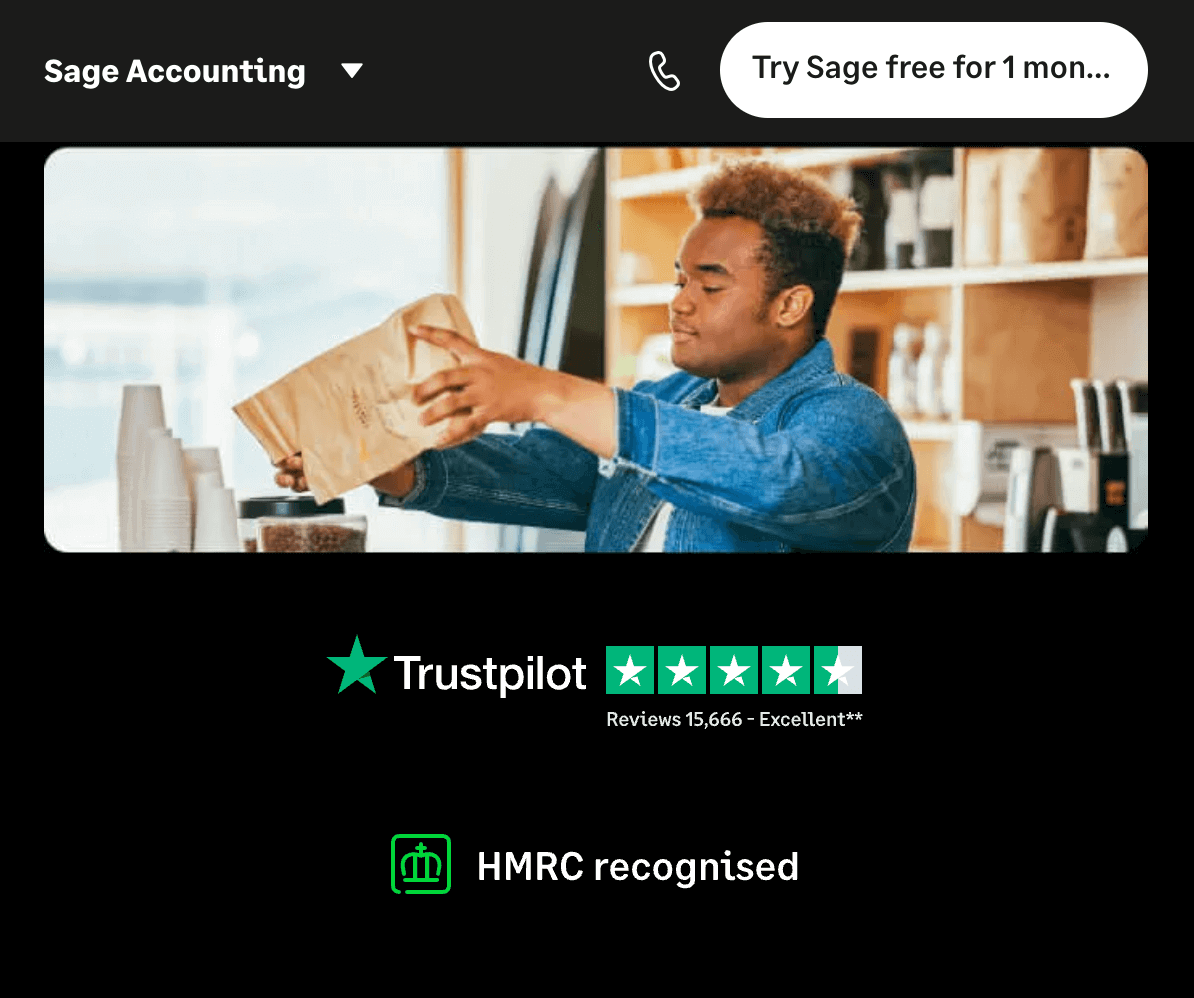 The same applies to websites that provide data, such as DataRePortal and their latest update on Facebook user statistics. 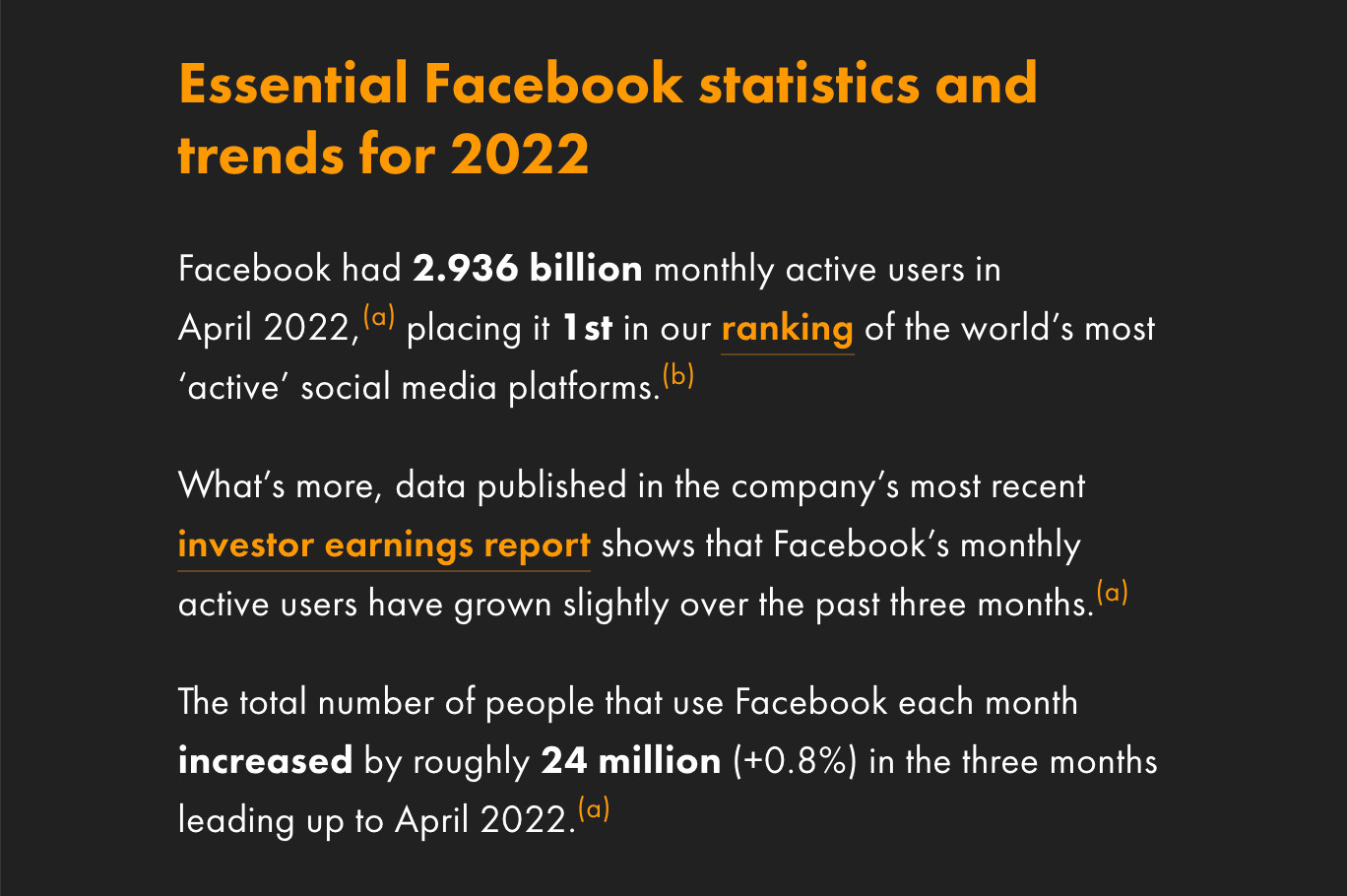 The data is so concise that it feels very reputable and understandable. It’s data you feel you can trust, and this is precisely what you’re trying to convey in your own content and marketing efforts.

However, DataRePortal brings up an important point in their last paragraph where they state users have ‘increased by roughly 24 million’ users. This is a fantastic example of how precise numbers can be mixed with rounded numbers to create a stable image.

In this case, writing something like ‘Facebook’s user base has increased by 24,684,348 users would just be a bit too much. Instead, the site has rounded the figure to 24 million, but in brackets put the precise increase of +0.8%, which gives the fact credibility. This is an excellent way of getting the best from both worlds.

The numbers are a very pleasant mix of precision with a touch of roundedness.

This kind of figure also allows room for growth since more users can be reviewing all the time, and shows the service is still active, still has reviews coming in, and is still on the rise, making it much more enticing for new users to want to get involved.

Bringing all this together, you should start to see that how you use and present numbers in your business is important. With the research showing that choosing a certain form of presentation for your numbers can boost sales, increase conversion rates, improve credibility, and enhance the authority and reputation of your business, it’s something you can’t ignore.

So find the balance that works for you.

As a rule of thumb, you can ballpark users to what you’re trying to say with rounded numbers, but when you want to appear confident and prove to users, leads, and clients that you’re the authority in what you’re talking about, then always make sure you’re opting for the precise numbers approach.

When it comes to testimonials and presenting your business to the world, this will be one of the best tools you can have, and when coupled with services like Niva, you can take your marketing to a whole new level. 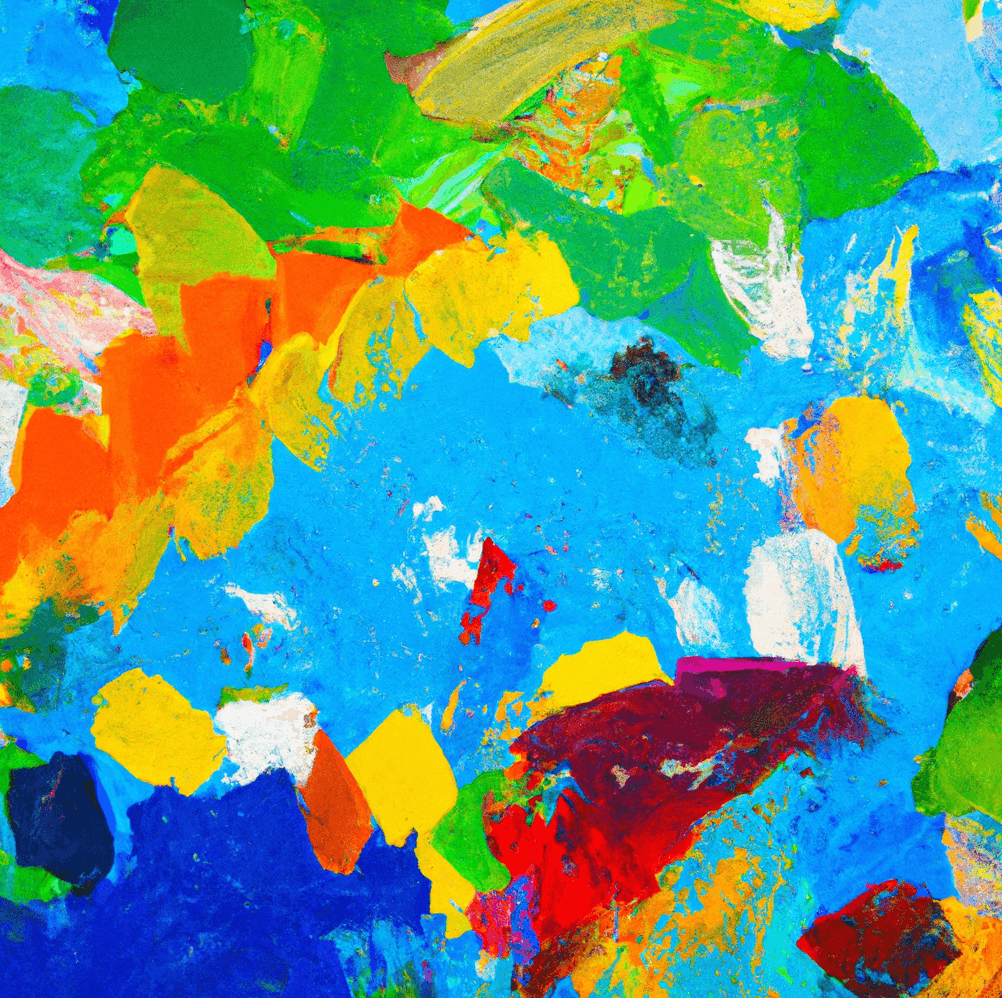